Hooligans-The Game Others Expanded Polystyrene Foam: The Manufacturing, Qualities and Applications of This Versatile Material

Expanded Polystyrene Foam: The Manufacturing, Qualities and Applications of This Versatile Material

As one of the most commonly used materials in the world, we are surrounded by and use polystyrene foam daily, often times without even realizing it. Packaging materials, foam cups, food trays, coolers and toys are just a few polystyrene products we frequently encounter. Beyond its most visible applications, polystyrene is als 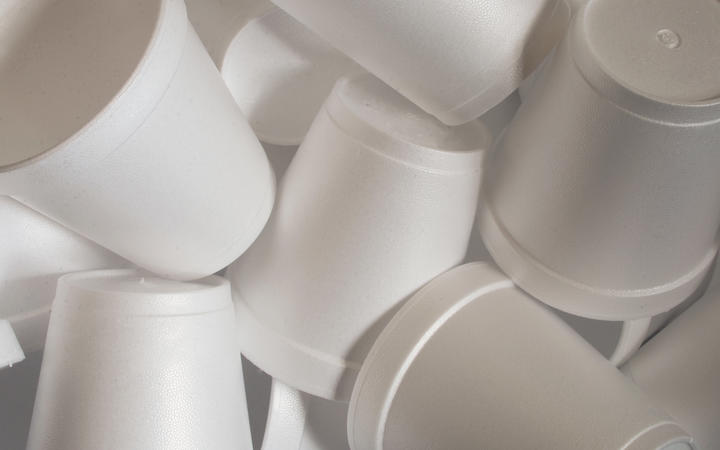 The more widely-used variety of the two, EPS is created through polymerization, where by chemical reaction, minuscule beads expand greatly from heat and steam until they meet and fuse together to form a solid material made of tiny, individual pellets of foams. Because of this expansion, EPS can be as much as 98 percent air, depending on its type. XPS foam is created through a slightly different process. Polystyrene crystals are combined with other chemicals and fed into an extruder, which produces high levels of heat and pressure that combine the materials into a thick, fluid mass. Once in this state, it is sent through dies that mold its shape as it expands from contact with air and chemical reactions. Both materials can be made into sheets or large blocks to manufacture materials like insulation or packaging or forced into molds that produce end products like drinking cups.

Very similar structurally, both types of foam have many applications but their slight differences give them unique characteristics that make them suited for different uses. XPS is the denser material of the two because of its less-airy structural makeup and is typically more consistent because of the way it’s manufactured. This makes it a good insulating material with a high R-Value, which is a thermal resistance rating often used for polystyrene insulation materials. However, as stated in a 2003 EPS Molders Association press release titled “FTC To Announce Final Notice of Proposed Ruling for R-Value Rule,” XPS uses gasses in its formation that dissipate over time, lowering its long-term insulation properties. EPS however, has “normal air” in the spaces within the product, allowing it to maintain its high R-Value over the course of its functional lifetime. The structure of XPS makes it slightly more water resistant than EPS, but the production of EPS is less costly than XPS.

There are multiple densities of EPS foam as well, each with characteristics that make it particularly useful for specific applications. The lowest density EPS varieties, usually around 1 pound, are easily manipulated and function as cost-effective materials for insulation and personal projects. It is also extensively used in crafting and sometimes even in sculpture. Additionally, it has found a niche as an interior cake support for large or detailed projects and as a cake dummy for decorating practice or competitions.

The second tier EPS density, typically around 2 pounds, is generally the most utilized with its greater performance capabilities while still remaining cost-effective. One of the most popular uses for this density is as a hot tub cover because it has a higher R-Value than the 1 pound density, with nearly total resistance from water, moisture and vapors. It will not rot, mold, mildew or attract fungi, nor will any other EPS products. 2 pound density EPS can provide the necessary insulation for hot tubs at a lower cost than higher densities. It is also used for its increased insulation properties and occasionally businesses utilize it as an outdoor foam sign because of its customization potential and ability to withstand the elements.

The highest density EPS products commonly used are around 3 pounds, which are best for industrial polystyrene foam insulation and construction purposes. There are even greater densities available but they are more often used for specialty projects and not as widely available as the 1, 2 and 3 pound densities. The high quality 3 pound materials are also utilized as shower, bathroom and wall niches in home and building construction. These are tiled over to create custom nooks that resist moisture and optimize space. If desired, products that can be made using the other two densities may also be produced using the 3 pound density for its increased R-Value and durability. The greater density also carries a higher cost however, and depending on the use, the added performance benefit may not be worth the increased cost. Application should always dictate material.

Additionally, all EPS foam products excel as a packaging material and flotation foam. Large blocks of EPS have been used as flotation foam to move building materials into place for bridges and other marine construction projects. Floating docks frequently utilize polystyrene as a floatation material, and some boats utilize it in hull construction to maintain floatation in case of emergency. EPS is also often used in personal flotation devices because of its buoyancy. Its moisture-resistant characteristics further increase its usability in marine situations. EPS is also used in the food industry as cups, trays and boxes.

Scentsy is a network marketing corporation that sells its one of a kind flameless candles via a network of independent ...

Embarking on a holiday in Morocco is everybody’s great vacation from the bustle and bustle of city living with its ...